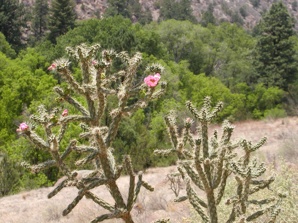 Life is an organized pattern in space-time


This implies that there is a potential for life to exist in any medium that can be arranged to form long-lasting patterns. Carbon-based molecules constitute the medium for terrestrial life, a medium that is organized into complex molecular patterns.

At a fundamental level, self-reproduction coupled with evolution can ensure the long-term independent existence of complex patterns. Self-reproduction eliminates the need for external intervention, while evolution allows the patterns to adapt to their environment.

Life stores a representation of itself

Each living organism stores a description of itself but does so by using only a fraction of the total resources required to sustain the organism. For any evolving life form, this self-representation opens the door to future self-manipulation and possible enhancement. The human race has already reached a point where genetic manipulation of human beings and other organisms is possible.

Living organisms have a metabolism

Being organized patterns and subject to the second law of thermodynamics (that is, tending to increase in entropy or randomness), living beings require some mechanism to maintain cohesiveness. A metabolism is just such a mechanism, and may be described as a process that uses external energy to maintain internal order.

For the most part, living things interact with their environment

At a minimum, organisms have to interact with their environment to obtain the energy required by their metabolism. Such interaction takes place across the organism/environment interface, which under normal circumstances is clearly discernible.

Living organisms consist of different parts. One factor distinguishing living from non-living things is the interdependence of their parts.(a)

Living things normally exist in complex environments that may not only be challenging and dangerous, but that are also subject to change over time. Organisms have to be able to endure and survive these changes or challenges.

Evolution is reproduction with a chance of deviation of the reproduced copy from the original) It takes place over long time spans (with respect to an individual’s life time). Small errors occur in the reproduction process, inducing changes in the offspring of an organism. Some of these changes result in increased survival capability in some of the offspring and a decreased capability in others.

To such a list of life characteristics can perhaps be added the property of increased complexity. Evolution tends to bring forth increasingly complex life forms. This appears to result in organisms becoming better adapted to their environment over many generations.